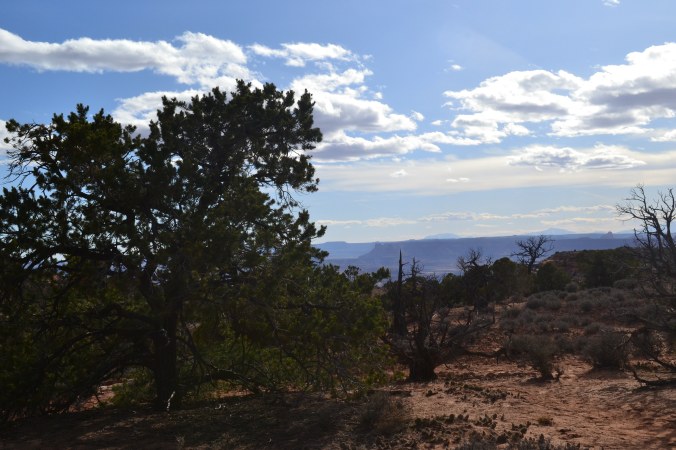 On the edge, near Moab, Utah

Anne-Marie Duma is very fond of the land and culture of the native people in the American Southwest and learned much through Tony Hillerman’s books while on an archeological dig. One of many reasons to appreciate the Navaho, Hopi and Zuni cultures is that people build beauty into everything that they do. For our presentation, Anne-Marie wore some pieces of beautiful native turquoise and silver jewelry.

Born in 1925 in Ohio, Tony Hillerman came from a poor family. As a result, he was schooled with Native Americans. In World War II he was wounded in the D-Day landing. A journalist friend of his mother, having seen letters sent home from the war,  encouraged him to pursue writing and he later got a degree in journalism.

Tony Hillerman has been recognized with numerous prestigious literary awards. However, the fact that his novels are part of the Navaho curriculum is perhaps the most outstanding recognition of the truth of his fiction.

Anne-Marie mentioned a few favorites: The Blessing Way (the first book from his Leaphorn and Chee series) and A Thief of Time, a later book in the series.